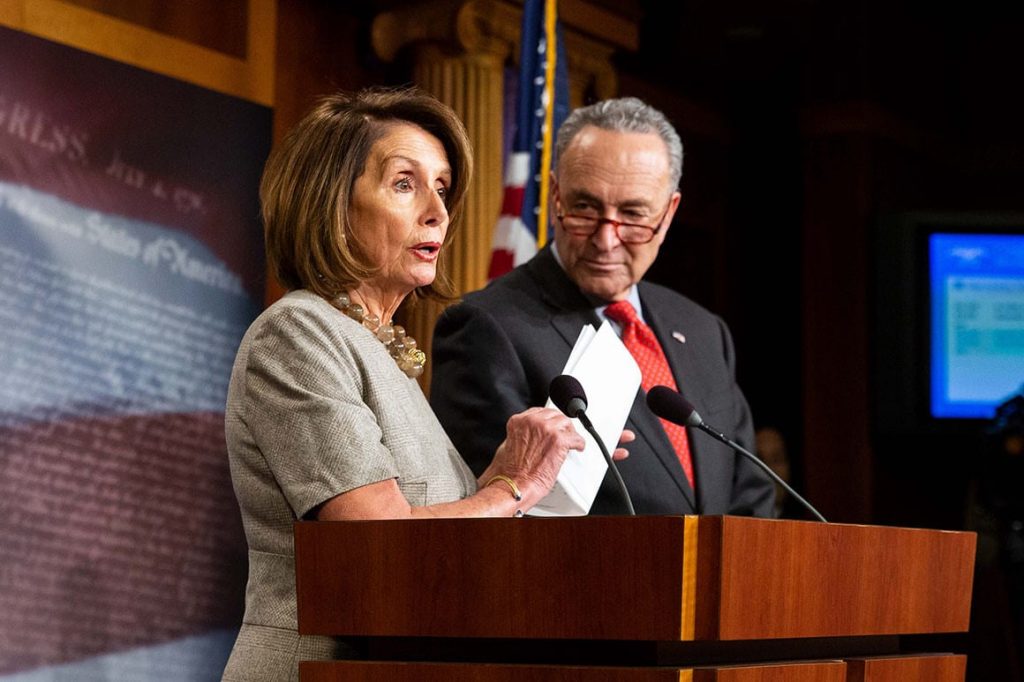 An End to the Partial Government
Shutdown: The Government Reopens until Feb. 15

On January 25th, the partial government shutdown came to an end following the passage of a stopgap funding bill in the Senate and House to fund the government through Feb. 15. The 35-day long partial government shutdown, the longest in history, ended after a deal reached between President Trump and Democratic leaders Nancy Pelosi (D-CA) and Chuck Schumer (D-NY). The deal includes funding for seven out of the twelve appropriations bill, specifically Agriculture-FDA, Commerce-Justice-Science, Financial Services-General Government, Homeland Security, Interior-Environment, State-Foreign Operations, and Transportation-HUD. The State Department, Homeland Security Department, Transportation Department, and NASA are just a few of the covered agencies the continuing resolution will reopen. FY19 appropriations bills have already been enacted for Defense and Labor-Health and Human Services-Education, as well as for Energy and Water, Legislative Branch, and Military Construction-Veterans Affairs.

One notable absence in the deal is funding for President Trump’s border wall. As part of the deal, however, lawmakers agreed to form a conference committee to negotiate appropriations for the Homeland Security Department. This could ultimately include funding for border security. Though the deal provides much needed relief, there is still a tough road ahead for Democrats, Republicans, and President Trump as they continue to negotiate on President Trump’s demand for $5.7 billion in border wall funding.

Even though portions of the government have been waiting for Congress and President Trump to find agreement on FY19 funding, the FY20 budget reveal is immediately upon us. The annual budget is traditionally due to Congress the first Monday in February, in this case the 4th. The administration has signaled their FY20 submission will be late, but we don’t yet know how late. Surely the partial shutdown has impacted some agency’s ability to finalize their budget materials.

That said, companies with government customers should have a pretty good understanding of how they expect their programs to fare in the FY20 submission. If that’s not the case, you might re-assess how close you are to your customer.

As the FY20 submission comes forward, your opportunity to tell your story to Congress is also upon us. Remember, Congress reviews every line of the budget submission and puts its stamp on what eventually becomes the 12 appropriations bills that will fund the government. As such, every federal dollar that will be spent on your programs of interest will have passed through this Congressional review and approval process. Upon review of the public FY20 budget submission, if you find your program took an unexpected “hit” or somehow fell “below the line” this year, you have an opportunity to make sure Congress fully appreciates the impact of those decisions.