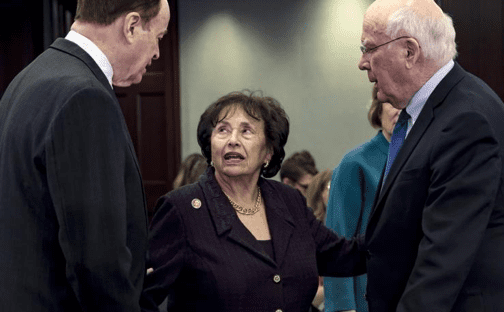 House and Senate appropriators have reportedly reached an agreement “in principle” to avert a government shutdown on the eve of the December 20 deadline.

House Majority Leader Steny Hoyer (D-MD) expects the bills to be introduced on Monday, December 16, and up for a vote on Tuesday, December 17.

The U.S. House of Representatives passed a compromise National Defense Authorization Act (NDAA) in a 377-48 vote on Wednesday, with similar support expected in the Senate next week. President Trump has already expressed his strong approval and will sign it immediately upon successful passage in the Senate.

Once signed, DoD, DOE, and other agencies would be authorized to receive over $738 billion in fiscal 2020. Here is a breakdown by category courtesy of Bloomberg Government:

Notably, House Democrats gave up on several of their priorities to reach an agreement with Senate Republicans. These priorities included:

What’s Gene Up To?

Gene is just back from back-to-back continuing education meetings in the US and Europe, each with globally recognized consultants advising some of the largest companies and most recognizable brands in the world.

Have you read Gene’s Amazon best seller?  “Pitching the Big Top: How to Master the 3-Ring Circus of Federal Sales”.  Email Gene if you’d like your copy inscribed, [email protected]capitol-integration.venturecreative.club.