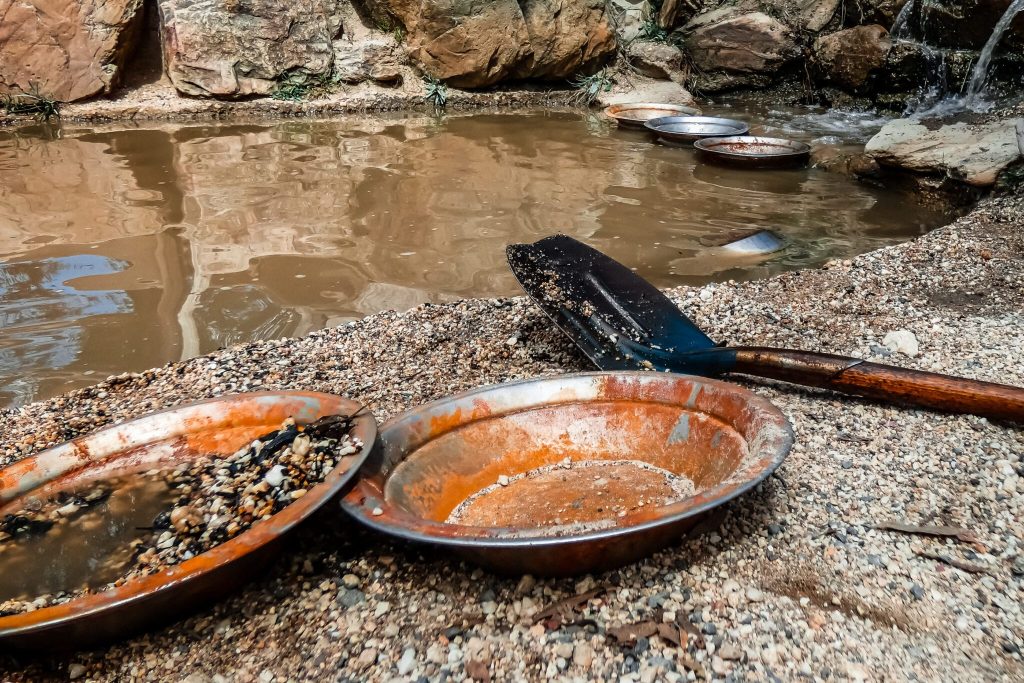 Are You Part Of The Gold Rush?

The Discovery Channel has a successful program called “Gold Rush,” which has run for many seasons and has since rolled out original spin-offs. The storylines follow several family-run mining operations, primarily in Alaska and the Yukon area of Canada.

Specifically, these miners run strip mines, where acres and acres of dirt are excavated and then mechanically sifted to reveal small amounts of gold. Tiny pieces of gold. Specks of gold. During a months-long mining season, each mine might produce anywhere from 15 ounces to 2,500 ounces of gold that can be processed and subsequently sold. Ounces of gold.

The Gold Rush’s Return On Investment

The themes of the program often revolve around wrenching decisions related to return on investment. Will it cost more to set up and run a strip-mining operation than the value of gold to be mined? If we dig for the pay dirt, will we capitalize on the dig before the harsh winter rolls in again?

I’ll leave the environmental discussion out of the storyline as I’m not qualified to support or defend the long-term impact of strip mining. If you are chasing Small Business Innovation Research (SBIR) contracts, you are participating in Gold Rush-style mining. But, you aren’t the miner; you are the specks of gold.

SBIRs stimulate small business participation in research and development that support critical priorities. They serve a noble purpose, and the desire to seed federal funding is well-intended. However, landing an SBIR contract does not mean you have struck gold. You may have secured a Phase I contract for $50,000 or $100,000. When compared to the, maybe, zero corporate dollars you had in the bank—then yes, this is real money. You are a speck of gold in a front loader of pay dirt.

Small business innovation research contracts are a tool. Getting into the actual budget as part of a program of record is the real Gold Rush in which you want to participate. Sound capitalistic? It is. Learn more here: Click To Tweet

A few years ago, while attending a professional session led by the Chief of Naval Research (CNR), I observed an interesting phenomenon. In a hotel ballroom filled with 1,000 attendees, the CNR asked to raise hands for anyone who had recently won a Phase I contract. Many hands went up. Next, “raise your hand if you have received a Phase II SBIR contract.” A lot of hands went up, but not nearly as many as with Phase I.

The CNR continued, “Okay, raise your hand if you have received a Phase III SBIR contract.” Fewer than ten hands went up. Wow.

That is a dramatic cutoff. Why does that happen? Myriad reasons have to do with technology development, government need, and the customer-contractor relationship.

The point is this: SBIR funding is a tool. It is a way for the government to mitigate risk, encourage participation, and avoid chasing too many shiny objects that cost a lot of money before the shiny thing is ready for prime time.

Having tens of thousands of dollars to hold you through for a while is great, but it does not necessarily advance you to the real funding and the real opportunity to solve a government need. Getting into the actual budget as part of a program of record is the real Gold Rush in which you want to participate. Sound capitalistic? It is.

Those who have been in the business of supporting government needs and requirements understand the differences, know the programs, and follow the funding. Supporting funded programs of record is where you provide the best government solutions while growing your business.

Now that you know SBIRs are funding tool, will you continue to be specks of gold or move towards being a miner?

PrevPreviousThe Peaceful Transfer
NextAre You Leveling Up Your Goals?Next