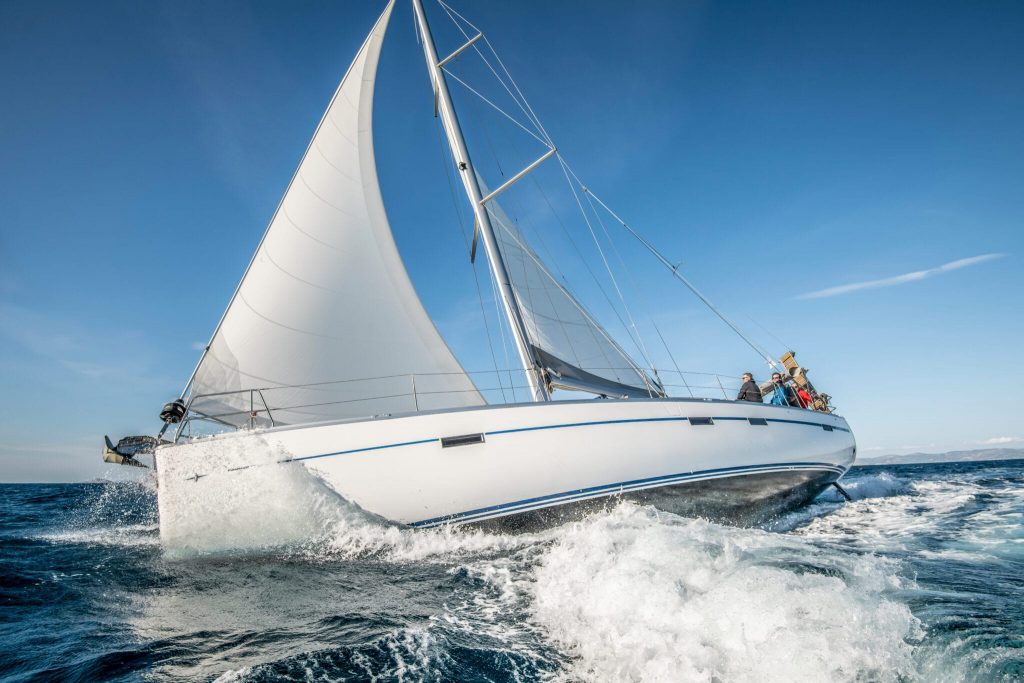 December 7th was a momentous day in American history. This story is not meant to take from that milestone. However, the date of December 7th has always stuck in my mind for another reason since I was in high school. Mainly, the day I learned the importance of leading with a cool head, even during critical times.

December 7th, 1978: I was 16 years old and part of an offshore sailing crew of a 30′ racing sailboat. I regularly sailed in weekend regattas in South Florida with a family that owned racing sailboats. I was allowed to miss school on this particular day, a Thursday, to participate in the 60-mile Miami to Palm Beach race. Boats from the East coast, some with professional crews, would come for this event each year. With a continuous push of 3-5 knot Gulfstream currents adding to already-fast racing sailboats speeds, the Miami to Palm Beach race had always been known as a fast race. The race has been run since the 1950s and, except for this year, remains an annual tradition.

Our crew was the boat’s owner, Jim Durr, a retired Navy Captain and a commercial airline pilot, Tony, a professional sailmaker, John, a regular crew member, and myself. John, in his early 20s, was a stellar sailor. The sailmaker was aboard for a “fit test” of the sails. However, he was also an exceptional tactician and was designated by Jim to steer the boat for the tricky start and much of the race. Think of it as asking the guy who played golf on the PGA tour for a couple of years to join your foursome for the company scramble. My job was foredeck, overseeing the rigging, raising, and lowering of the forward sails as conditions changed. I was pretty good at keeping that part of the boat organized. More importantly, as relates to boat speed, I was a somewhat scrawny 140 lbs.

Thunderstorms and seas promised a wild ride for the boat, known as an “ultra-light displacement” boat. An Olsen-30, “I’m Judy – Sail Me,” was a new design meant to go fast for a sailboat. In the 1970s, the then-National Airlines similarly named their planes. “I’m Linda, Fly Me” was an understood origin of the boat’s name. “I’m Judy” was a recognized competitor in South Florida that could plane in certain conditions and surf, where other sailboats displaced water and were limited in their maximum speed.

That day, we recorded speeds of 12-14 knots as we raced down eight-foot seas. We wore harnesses clipped into jack lines that ran along the deck; insurance if we lost our footing, we’d at least be tethered to the boat. Jim had a capacity for excitement and adrenaline that he tempered with discipline. He had survived a hijacking to Cuba as a commercial airline pilot. His nerves were like steel and had been tested many times. We knew we were in a competitive boat in conditions that could serve its capabilities.

A few hours into the race, the field had spread out as each tactician gambled how far offshore they could catch the maximum benefit of the current. Ahead of us was a boat everyone knew, the 65-foot “Volcano,” a professionally crewed boat known for its prowess in the venerable Southern Ocean Racing Conference.

Volcano began to visibly struggle with building wind. It held its massive balloon-like spinnaker a bit too long and found itself being “knocked down.” This is when the boat is laid on its side by wind force, as the keel’s weight can no longer keep the boat upright. The boat only rights itself when sails are freed in the appropriate sequence, spilling water that rushes into sails as it sits on, and in, the water.

Through Wind And Wave

Behind us, the fleet was also struggling. It looked like a postcard filled with colorful spinnakers dotting the horizon. Soon they would recognize the same fate as Volcano, keeping the spinnaker up too long as the wind exceeded the limits of their sails.

In what seemed like seconds later, I’m Judy was about to experience the same terrifying sensation. Our professional helmsman felt the loss of the rudder’s connection to the water—it was now out of the water. Occasionally, that can happen between steep waves. However, in our case, we were continuing to heel past 30 degrees, then onto 45 degrees. His calm words, “I’ve lost it,” remain with me today. I thought, “what does that even mean?” I’m Judy was about to slam horizontally into the sea as wind and wave conspire to violently “knock” us down.

I was on the windward rail with my crewmember, John, as this unfolded. Looking over my shoulder, I saw our boom, the horizontal stabilizer for the mainsail, snap like a toothpick. I was amazed at how dramatically, yet matter of factly, that piece of equipment failed. To my left, I saw the keel of the boat sticking out horizontally just below the surface of the water. To my right, the spinnaker was tangling with the sea.

There we were, 10 miles offshore in the heart of the Gulf stream, foundering in a pummeling sea. We collectively worked to free the boat from the sea’s grip. Our cabin hatch had not been closed, as it should have been. Whose job was that? It didn’t matter now. Seawater was rushing into the cockpit and was inches from beginning to seep into the cabin. Had that started, the boat would have sunk, as the weight of the water would pull the boat under.

You can get yourself out of any jam with proper training, organization, and action. Learn what true leadership in critical moments looks like, here: Click To Tweet

Leading With A Cool Head

I was in a calamity, the likes I’d only read about. There was undoubtedly some paralysis on my part. So many things to be done at once. What to do? Jim directed recovery actions, shouting above the wind to be heard, but not yelling. Firm. Authoritative. “Let’s get this unscrewed fast!” kind of shouting.

As the sails loosened, the boat climbed back to its vertical state. The water emptied from the cockpit. Sails were flapping. Lines tangled and blowing. We lowered and stowed the excess sail into the cabin.

Time to assess the damage. We weren’t racing. We were recovering, putting pieces back together, and making sense of strewn lines and hardware. The wind and sea had ripped out our normal jib fittings. The boom for the main snapped in half.

“What could we rig as a makeshift to get to Palm Beach?” asked Jim. “There’s a finish line up there.” I didn’t question it. We rigged whatever sails we could to limp across the finish line—as did every other boat. Then, we took a boat hook and strapped it to the boom like a splint. We flew a smaller jib with a, let’s call it, “non-standard” connection to the boat. It was a bit of a rig, but we were sailing again.

We were racing and continued across the finish line, first in our class. The boat arrived at the Sailfish Club in Palm Beach, one of the organizations hosting and conducting the race. We were cold, wet, and had successfully finished a race in extreme conditions.

As we tidied the boat, a club official stopped by to “check on us.” He asked the owner if he could see inside the boat to confirm it had an engine. They knew we had set a record. Because this was a new boat style, not familiar to the club, they thought we must have stripped it out to make that kind of speed. Boat measurements, by which racing boats are handicapped, take into account the boat’s weight when empty. Yes, we had an engine. So, Jim let the official look, then promptly invited him to leave. He had wrongly challenged Jim’s integrity.

Lots of things to sear into a young man’s brain on that December 7th day:

Leaders, it's one thing to feel the rush of adrenaline, but be ready to react in critical times. You need to know how to recognize these moments and ACT. Read more here: Click To Tweet

Variations on these lessons have played out throughout my career.

Can you recall when you first began to understand real leadership?

I will be taking a two-week break from my blog for the Holidays. Client updates will continue through email. Wishing you all happy and safe festivities!

Learn More
PrevPreviousYou Know More Than Your Customer
NextAre You Following the Herd?Next